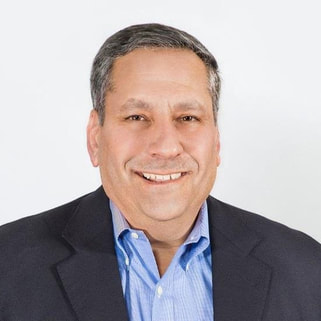 Charles L. Merin is Co-Founder and Partner of Bridgeway Advocacy, a bi-partisan government affairs and public affairs firm.   Prior to joining Bridgeway Advocacy, Chuck served as Executive Vice President of Prime Policy Group and its predecessor, BKSH & Associates.  He brings a wealth of knowledge to the firm based on his 50 years of Washington experience, beginning with service as a congressional staffer.   Chuck began his career as a lobbyist in 1976.  Chuck has established himself as the premier lobbyist for service industry interests in Washington.   His former clients included the National Restaurant Association, Dunkin’ Brands, Inc., National Retail Federation, International Franchise Association, Loews Corporation, Home Instead Senior Care, Littler’s Workplace Policy Institute, the National Rural Electric Cooperative Association, and Commisimpex.  Chuck has also previously represented the American Hotel and Lodging Association, the Coca-Cola Company, the National Football League, the International Council of Shopping Centers, Marriott International, the U.S. Travel Association, served as the President of the Travel Business Roundtable, and many more.

Chuck is an expert in building legislative coalitions and helping clients forge effective, long-term relationships on Capitol Hill.  He is perhaps best known for his close affiliation with the Blue Dog Coalition, an alliance of pro-business, conservative House Democrats whose votes are much coveted.   In 1999, the Blue Dog Coalition made Chuck an honorary Blue Dog in recognition of his role as a counselor since their inception in December 1994.  National Journal has recognized Chuck as one of Washington’s leading Democratic lobbyists, in part a reflection of his closeness to this key bloc of votes.  Prominent political analyst Charlie Cook one described Chuck as “one of Washington’s more perceptive lobbyists.”

Chuck has also represented labor, senior citizen, and business trade group interests. During the last two years of the Carter Administration, he was principal liaison between the public and private sectors on a Social Security study conducted under Congressional mandate by the then-Department of Health, Education, and Welfare.

Chuck serves on a number of boards for professional and civic organizations.   Chuck is a member of the Board of Advisers of the Jonathan M. Tisch College of Citizenship and Public Service at Tufts University.  He has served as a member of the Board of Directors for Diplomatic Action, an initiative begun in 2001 to improve American business diplomacy; the Board of America’s Trust, a non-profit, non-partisan public policy organization that seeks to bridge partisan and other divisions in order to better address the challenges facing the United States; Member of the Woodrow Wilson International Center’s “Strengthening America’s Global Engagement Initiative”.

Chuck holds a Bachelor’s degree in history and a Master’s Degree in international relations from George Washington University. Chuck is married to Sandy Merin and has two adult children.   He lives in Falls Church, Virginia.